John Blackwell was raised on a working farm in Scottsboro, Alabama. The oldest of four children, John learned the value of hard work and the importance of family at an early age. 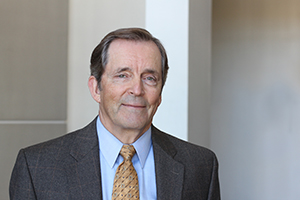 While growing up in Scottsboro, John worked on his family farm – hauling feed and fertilizer across Jackson County and over Sand Mountain to Fort Payne. When not on the farm, John’s father, C.O. Blackwell, owned and operated a “Feed and Seed” store in downtown Scottsboro on the square. John’s daily tasks would range from feed, water and clean the pans for the chickens sold in the store. John’s mother, Clarice Blackwell, worked as a teacher at Brownwood Elementary and put an early emphasis on the importance of education.

While growing up, John’s three sons, Taylor, Slade, and Austin, were his overriding priorities. He was involved in every aspect of their lives, from school and work, to coaching their sports teams and working with school booster clubs.

In 1997, John and Slade Blackwell founded Inkana Development, a fully integrated real estate company that specializes in real estate and development structuring for complex projects, partnerships, and joint ventures in the healthcare industry. John’s youngest son, Austin, also now works as a partner with the company.

Over the past twelve years, John was appointed as a member of the Auburn University Board of Trustees, serving as President Pro Tem, Chair of Property and Facilities and Chair of Agriculture Committees. John is a twenty-year Rotary member and he and his wife Shirley, a retired teacher from South Carolina, are active members of First Baptist Church Member.

To develop, acquire, lease and manage quality properties while maintaining relationships of integrity.

The Cherokee word “INKANA” means, “I am a friend of his, he is a friend of mine.” This is the cornerstone on which our company was established.